THE LEGEND OF THE MARQUIS. According to legend, the noble Soldimela family lived many centuries ago in the Kingdom of Naples. The family had made their fortune thanks to their progenitor, Federico, an expert merchant. The King of Naples intrigued by Federico’s mercantile skills, gave him the challenge to sell all the apples of the King’s orchard in a day. Federico accepted the challenge and managed to sell all the fruit for double the amount. The King then rewarded him with a castle and the prestigious title of Marquis of Soldimela (which means “money apple” in English), named after his adventure.

Federico traveled and traded goods throughout Italy, collecting his treasures in an ancient chest. When his last days came, he gave the chest to his son, Manfredi. The boy, believing it was stocked with riches, opened the chest, it contained neither gold nor silver, but something much more valuable. In it were seeds from the most delicious vines the father had collected during his travels: Sangiovese, Primitivo, Nero d’Avola, Glera to name a few of the grape varieties. Manfredi planted the seeds, and in a few years, these wines of his lands became the best and sought-after, forging the legend of th Marquises of Soldimela.

Manfredi’s sons continued to cultivate their father’s vineyards. Nowadays, the dynasty of the Marquises of Soldimela is extinguished, but their wines and heritage continue to delight the palate of wine enthusiasts. The wines and legend come from all over Italy and show the peculiarities of our country in a bottle, from north to south. 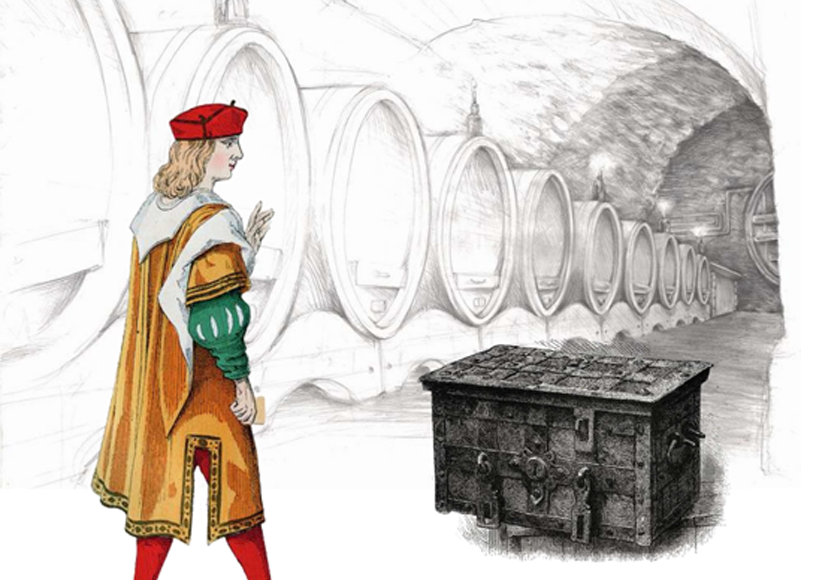